Food Tip of The Week: Grapefruit

Food Tip of The Week: Grapefruit 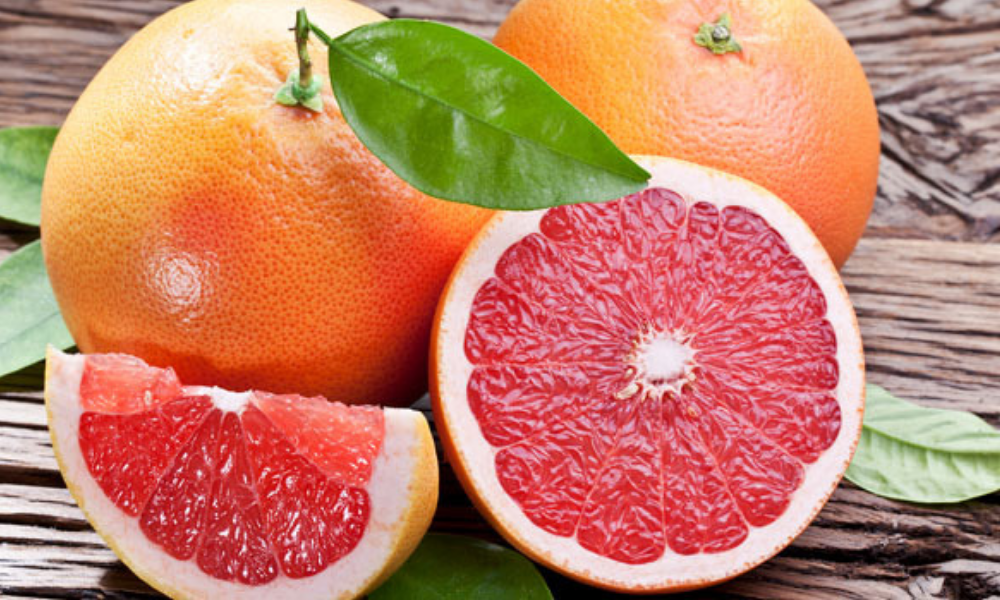 The United States is the major producer of grapefruit in the world and is also the biggest grapefruit consumer. Florida grows about 80 percent of the U.S. grapefruit crop, and half of the world’s production in essentially two areas of the State, Central Florida and the Indian River. Texas, California, and Arizona as well as Florida, grow a number of red, white, and pink varieties.           Varieties of grapefruit are categorized by flesh color, white, pink, to red, and whether they are seeded or seedless. Marsh seedless is the most popular white grapefruit. Pink seedless is the most popular pink grapefruit and Ruby red, Henderson, Ray, and Rio Star are Texas red grapefruit varieties.           Grapefruit packs a powerful punch when it comes to nutrition. It has 110% of the recommended daily allowance of Vitamin C, 15% of vitamin A and contains 2 ½ times more fiber than a bagel.  Live well. Eat Up.
The data relating to real estate for sale on this website appears in part through the BRIGHT Internet Data Exchange program, a voluntary cooperative exchange of property listing data between licensed real estate brokerage firms in which Vinny Steo - Your Home Sold Guaranteed Realty participates, and is provided by BRIGHT through a licensing agreement. The information provided by this website is for the personal, non-commercial use of consumers and may not be used for any purpose other than to identify prospective properties consumers may be interested in purchasing. Some properties which appear for sale on this website may no longer be available because they are under contract, have Closed or are no longer being offered for sale. © 2023 BRIGHT, All Rights Reserved Information Deemed Reliable But Not Guaranteed. Data last updated: January 29, 2023 12 PM.