Food Tip of the Week: Fennel

Food Tip of the Week: Fennel 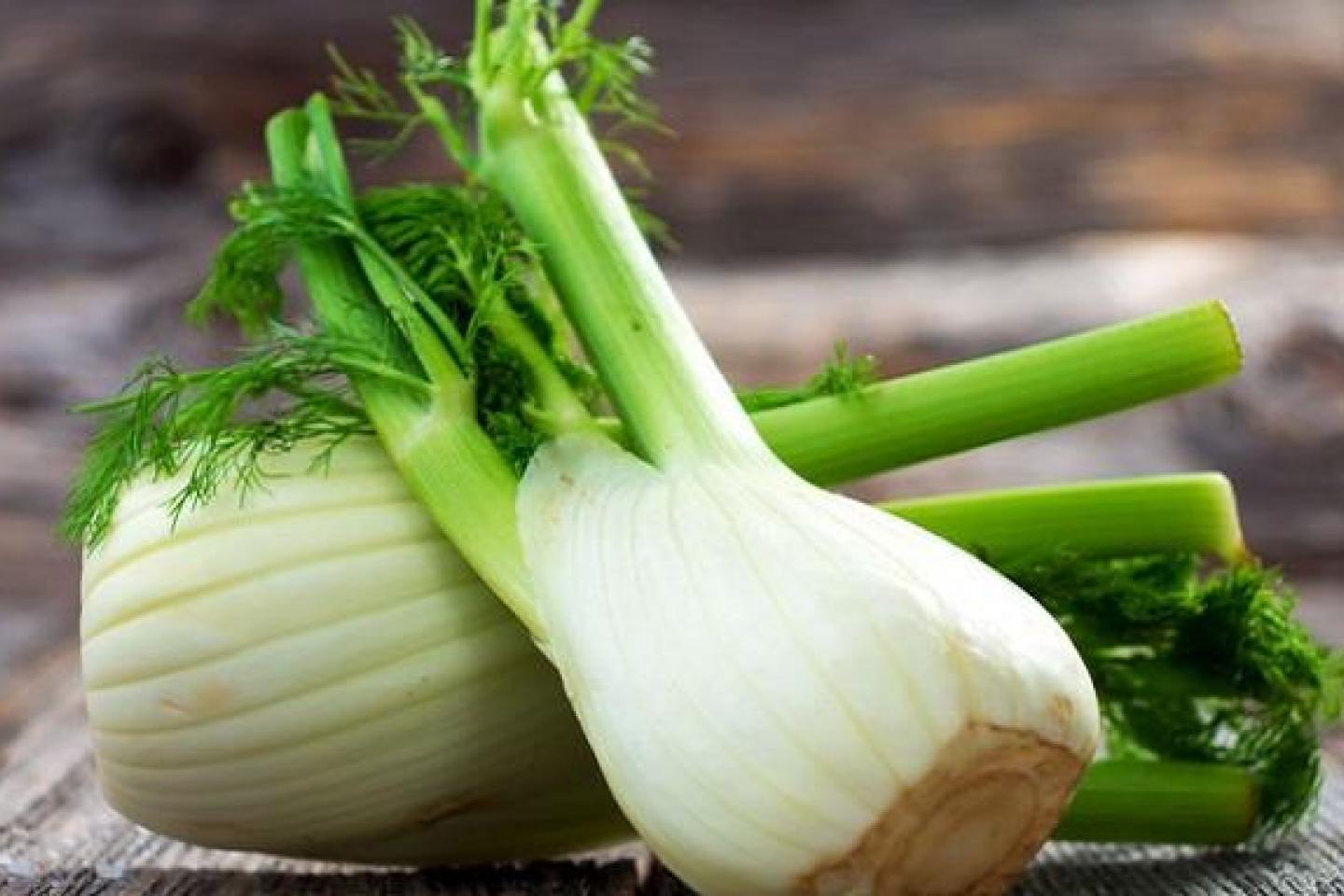 Fennel… is it an herb or a spice? There are two main types of this aromatic plant, both with pale green, celery-like stems and bright green feathery foliage.

Florence Fennel also called finocchio is cultivated throughout the Mediterranean and the United States. It has a broad bulbous base that’s treated as a vegetable. This type of fennel is often mislabeled “sweet anise” causing those who don’t like the flavor of licorice to avoid it.

Common Fennel is the variety from which the oval greenish-brown fennel seeds come from. Though common fennel is bulbless, its stems and greenery is used in the same manner as those of the Florence fennel.

Look for fennel from early fall through spring, with its peak season during the holidays. With the holiday season picking up steam, many of us will be in the kitchen preparing meals for out of town guests. Fennel makes a delightful base for crudités and salads, particularly with citrus and other fruits. It is also an excellent last minute flavor enhancer for sauces, stews, and soups.

The data relating to real estate for sale on this website appears in part through the BRIGHT Internet Data Exchange program, a voluntary cooperative exchange of property listing data between licensed real estate brokerage firms in which Vinny Steo - Your Home Sold Guaranteed Realty participates, and is provided by BRIGHT through a licensing agreement. The information provided by this website is for the personal, non-commercial use of consumers and may not be used for any purpose other than to identify prospective properties consumers may be interested in purchasing. Some properties which appear for sale on this website may no longer be available because they are under contract, have Closed or are no longer being offered for sale. © 2023 BRIGHT, All Rights Reserved Information Deemed Reliable But Not Guaranteed. Data last updated: January 29, 2023 1 PM.