Food Tip of the Week: Spinach

Food Tip of the Week: Spinach 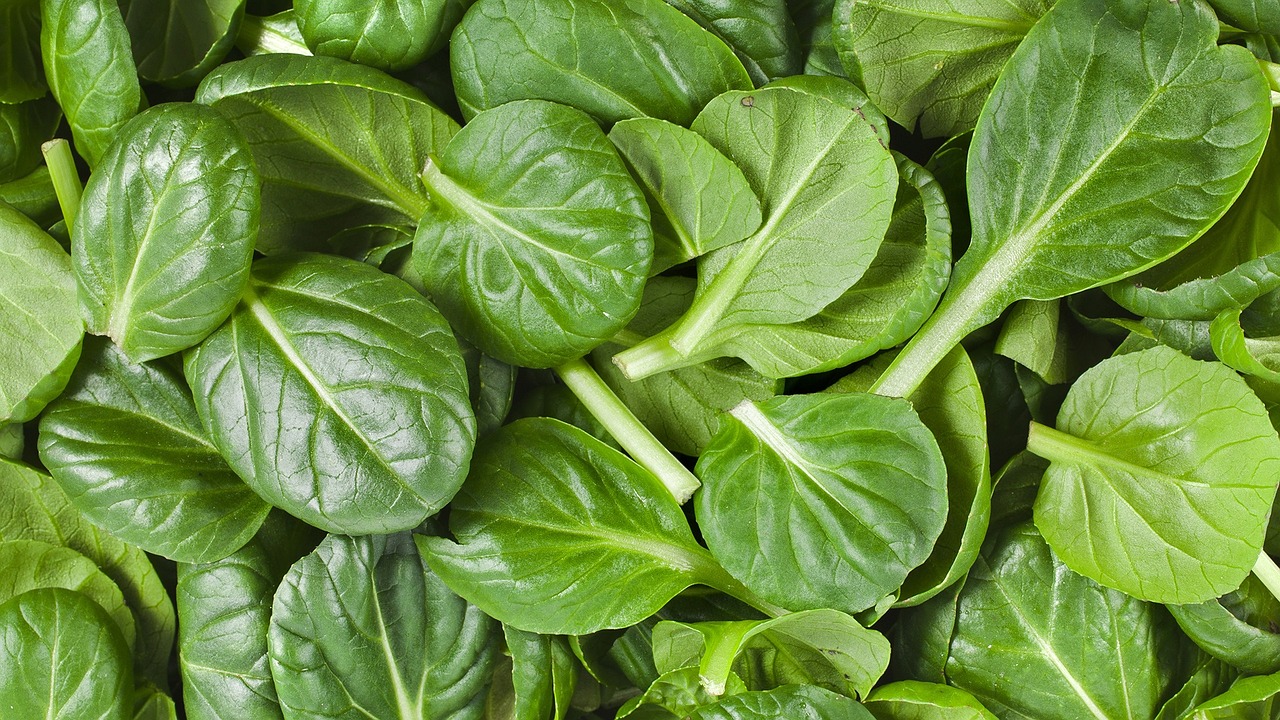 Popeye was right: Spinach packs a punch. While the cartoon character Popeye’s results are exaggerated, the health benefits associated with eating raw and cooked spinach are legitimate and should not be underestimated. Spinach is rich in beta-carotene and lutein, two important cancer-fighting anti-oxidants. This leafy green vegetable is also loaded with folic acid, vitamin K, magnesium, and manganese. There are three main types of spinach: the Savoy, Semi-Savoy, and the Flat or Smooth-leafed. Semi-Savoy has partially wrinkled leaves like Savoy but is easier to clean. Flat-leafed spinach is used mainly for processing, featured in most canned or frozen spinach items in the store. Available year-round, the spinach season peaks during the months of December through May. Spinach grows best in sandy soil and prefers cooler, relatively dry conditions. Therefore it is no surprise that spinach crops thrive during the winter months in California and Texas, the two leading spinach- producing states in the country. Spinach is a versatile vegetable that is great as a salad, in a dip, in omelets, or in soups. Popeye’s love of spinach is credited with saving the spinach industry back in the 1930s, so much so that the self-proclaimed “Spinach Capital of the World”, Crystal City, TX, erected a statue in his honor. So eat up!
The data relating to real estate for sale on this website appears in part through the BRIGHT Internet Data Exchange program, a voluntary cooperative exchange of property listing data between licensed real estate brokerage firms in which Vinny Steo - Your Home Sold Guaranteed Realty participates, and is provided by BRIGHT through a licensing agreement. The information provided by this website is for the personal, non-commercial use of consumers and may not be used for any purpose other than to identify prospective properties consumers may be interested in purchasing. Some properties which appear for sale on this website may no longer be available because they are under contract, have Closed or are no longer being offered for sale. © 2023 BRIGHT, All Rights Reserved Information Deemed Reliable But Not Guaranteed. Data last updated: January 29, 2023 12 PM.