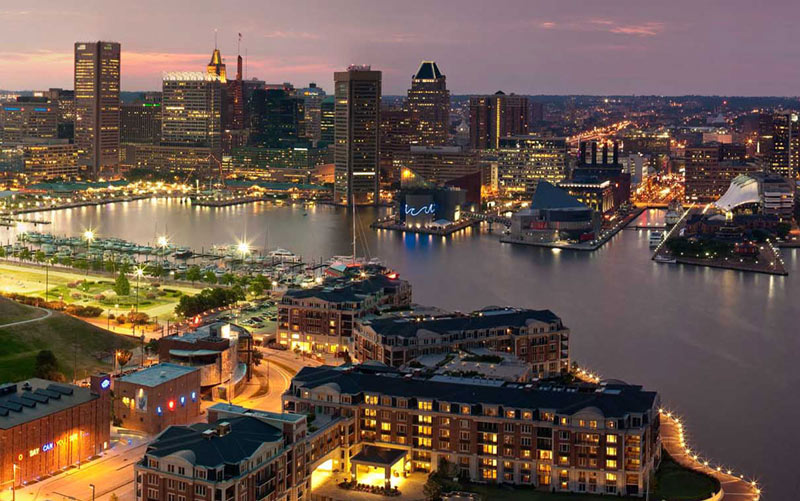 Baltimore is Maryland’s largest city and economic hub. It’s known for its beautiful harbor, quirky neighborhoods, educational museums, and great healthcare systems. The city was named after the 2nd Baron Baltimore who was an Anglo-Irish member of the Irish House of Lords and founding proprietor of the Province of Maryland.

Before being settled by colonizers, the Baltimore area was inhabited by Native Americans. European colonization began in the mid-1600s. Because Maryland was a colony, Baltimore’s streets were named to show loyalty to the mother countries in Europe (i.e. King, Queen, King George, Caroline streets, etc.) Baltimore played a key role in the American Revolution and the War of 1812.

In 1851, Baltimore was designated as an independent city by the Constitution of Maryland. Today, it is the largest independent city in the United States. It has a huge amount of pre-World War II architecture, which makes it an older and historic city.

For anyone looking to move to the area, Baltimore is ideal for those who are young, single, educated and looking to advance their careers. It has a mixed workforce, and it’s great for anyone in their 20s or 30s who is just starting out in their careers. You’ll have the opportunity to find friends, romance, hobbies, and more.

·         During the War of 1812, Baltimore won a place in American history when British forces bombarded Fort McHenry in 1814 for 25 hours without surrender. It was during this occasion that Francis Scott Key wrote the national anthem.

·         Baltimore is home to the tallest five-sided building in the world: The World Trade Center at the Inner Harbor.

·         Baltimore is home to the first monument dedicated to the first president of the United States. You can visit it at 699. N. Charles St and Mount Vernon Place.

·         The Great Baltimore Fire of 1904 burned for 30 hours. During this time, it destroyed 1,500 buildings and leveled entire neighbors. As a result, firefighting equipment has been standardized across the country.

The data relating to real estate for sale on this website appears in part through the BRIGHT Internet Data Exchange program, a voluntary cooperative exchange of property listing data between licensed real estate brokerage firms in which Vinny Steo - Your Home Sold Guaranteed Realty participates, and is provided by BRIGHT through a licensing agreement. The information provided by this website is for the personal, non-commercial use of consumers and may not be used for any purpose other than to identify prospective properties consumers may be interested in purchasing. Some properties which appear for sale on this website may no longer be available because they are under contract, have Closed or are no longer being offered for sale. © 2023 BRIGHT, All Rights Reserved Information Deemed Reliable But Not Guaranteed. Data last updated: January 29, 2023 12 PM.