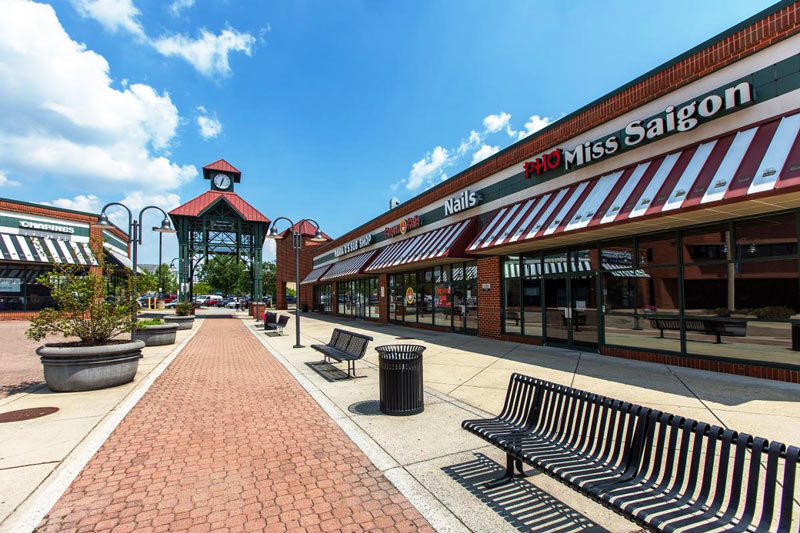 Glen Burnie is a medium-sized coastal town with a mixed workforce (both blue-collar and white-collar jobs). A lot of the residents in Glen Burnie work in sales jobs, administrative support, or management occupations. Glen Burnie has a lower-middle-income relative to Maryland but an upper-middle-income relative to the rest of the United States. It’s also considered to be an extremely ethnically-diverse town. This area is located on the water, which means the scenery is pleasant, and there are various waterfront activities. This is not only a benefit for the residents, but it also attracts a number of visitors throughout the year to Anne Arundel County. Glen Burnie first started out as a property known as Glennsburne. In 1812, district attorney Elias Glenn established a county seat near Brooklyn Park. He named this property Glennsburne. The name was later changed to Glennsbourne Farm and later Glenburnie as it was passed down through his family. The name did not appear in two names until 1930 when the postmaster Louis J. DeAlba decided that two words were better than one. This gave the name its final “Glen Burnie” identity.

The data relating to real estate for sale on this website appears in part through the BRIGHT Internet Data Exchange program, a voluntary cooperative exchange of property listing data between licensed real estate brokerage firms in which Vinny Steo - Your Home Sold Guaranteed Realty participates, and is provided by BRIGHT through a licensing agreement. The information provided by this website is for the personal, non-commercial use of consumers and may not be used for any purpose other than to identify prospective properties consumers may be interested in purchasing. Some properties which appear for sale on this website may no longer be available because they are under contract, have Closed or are no longer being offered for sale. © 2023 BRIGHT, All Rights Reserved Information Deemed Reliable But Not Guaranteed. Data last updated: January 29, 2023 12 PM.