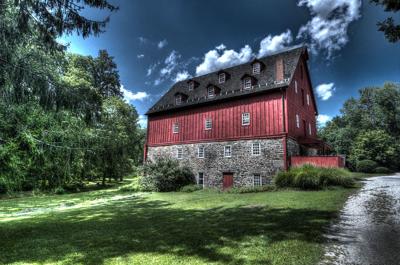 Kingsville is located southeast of the county seat of Bel Air. The main part of the town is located at the intersection of Maryland Route 1 and Sunshine Road. It is approximately 23 miles from Baltimore, 87miles from Philadelphia, and 58 miles from Washington, D.C.  Living in Kingsville offers residents a rural feel and most residents own their homes. In Kingsville, there are a lot of parks. Many retirees live in Kingsville and residents tend to lean conservative. The public schools in Kingsville are above average.


Kingsville takes its name from Abraham King (1760–1836), who died there on December 15 at the age of 76. King lived in the old Hugh Deane-John Paul mansion (later known as the Kingsville Inn and presently as the Lassahn Funeral home on Belair Road) with his wife Elizabeth Taylor, a sister of the Hon. John Taylor of Willistown, who settled in the West and was the Chief Judge of the Superior Court of Mississippi for a number of years.


Fun Facts: Jerusalem Mill was added to the National Register of Historic Places in 1987

The data relating to real estate for sale on this website appears in part through the BRIGHT Internet Data Exchange program, a voluntary cooperative exchange of property listing data between licensed real estate brokerage firms in which RE/MAX Community - Proudly Serving Maryland Families For More Than 16 Years participates, and is provided by BRIGHT through a licensing agreement. The information provided by this website is for the personal, non-commercial use of consumers and may not be used for any purpose other than to identify prospective properties consumers may be interested in purchasing. Some properties which appear for sale on this website may no longer be available because they are under contract, have Closed or are no longer being offered for sale. © 2022 BRIGHT, All Rights Reserved Information Deemed Reliable But Not Guaranteed. Data last updated: June 30, 2022 11 AM.

Search the full MLS and Exclusive Property Listings.
(Prices and inventory current as of June 30, 2022)